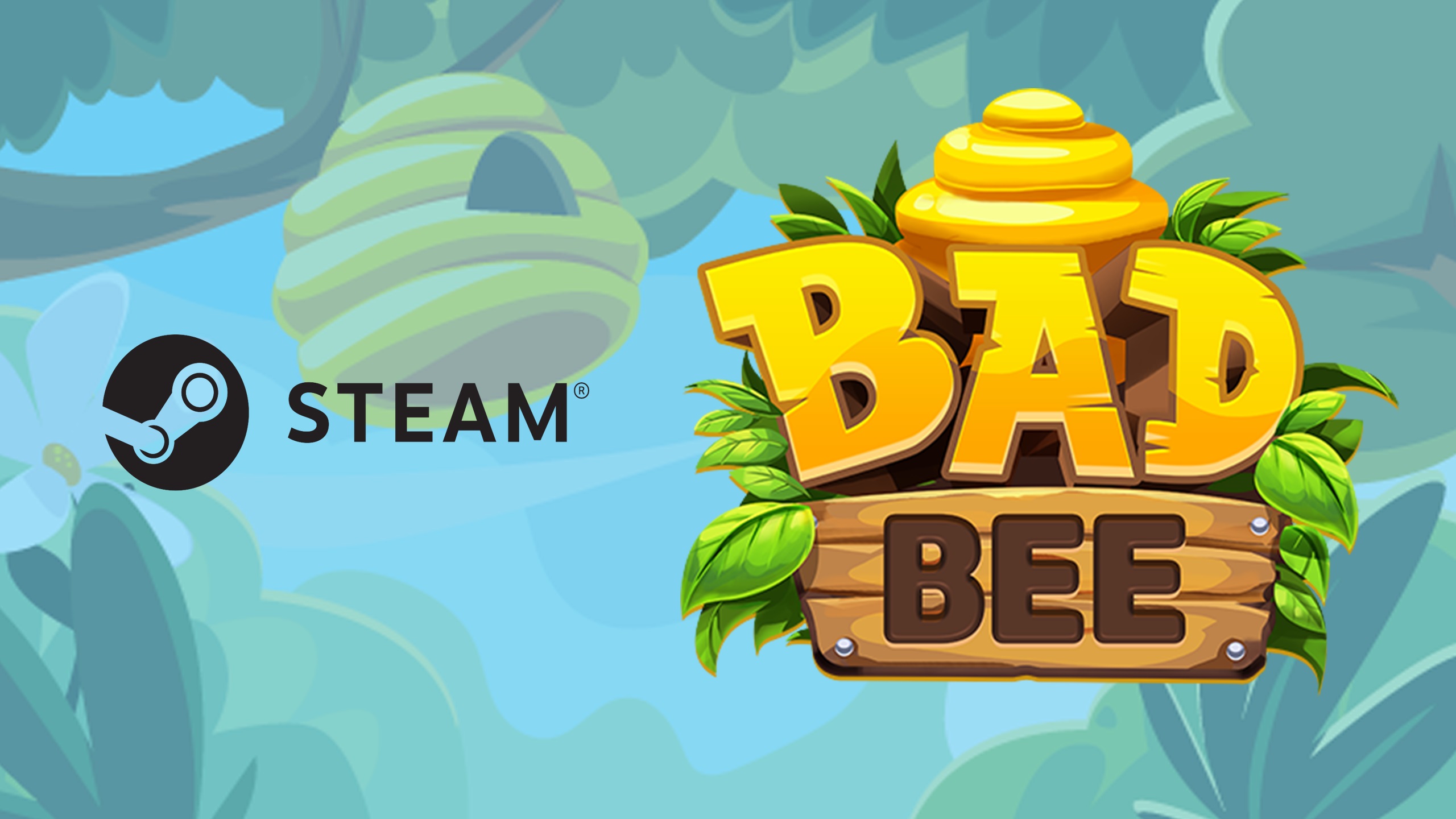 Before releasing the PC version we made a basic study of this Badbee game to make it suitable for desktop gamers. After a long discussion, we finally decided that the arena for each level was expanded, reformed the gameplay, added several levels before launching it to early access on Steam.
The main objective to be released to Steam, to see new prospects better than the mobile version (i.e. android) is not just a normal ported from mobile to PC but to make an overhaul of the gameplay to make it more addictive and interesting.
Intentionally accelerated launch to early access in steam with a plan of 15 initial levels to get a lot of feedback from the community for completion of the next levels. So you do not wait too long to play this game because it will available for the public on June 26, 2020. Localization into any language is also on the agenda in the development of this game.

Badbee is a 2d escape game where a bee named Sam is starving, he then finds a beehive and he intends to take honey there, but there seems to be a guard in the beehive, then he is captured and put in jail. Then Sam tried to run away and avoid any guards to catch him. This escape game genre that focuses on getting the key to the exit and stealing valuable treasures, avoiding enemies, avoiding rocks or trees, and opening the door to complete the level with the highest score.
For those who are curious and interested to buy it, you can add to your wishlist on Steam to get a notification when it is released below:

Price plan when release on early access on Steam platform is USD 3,99 before discount. And it will rise when full release later. So you should buy it quickly after launch later.

This website uses cookies to improve your experience while you navigate through the website. Out of these, the cookies that are categorized as necessary are stored on your browser as they are essential for the working of basic functionalities of the website. We also use third-party cookies that help us analyze and understand how you use this website. These cookies will be stored in your browser only with your consent. You also have the option to opt-out of these cookies. But opting out of some of these cookies may affect your browsing experience.
Necessary Always Enabled
Necessary cookies are absolutely essential for the website to function properly. This category only includes cookies that ensures basic functionalities and security features of the website. These cookies do not store any personal information.
Non-necessary
Any cookies that may not be particularly necessary for the website to function and is used specifically to collect user personal data via analytics, ads, other embedded contents are termed as non-necessary cookies. It is mandatory to procure user consent prior to running these cookies on your website.
SAVE & ACCEPT