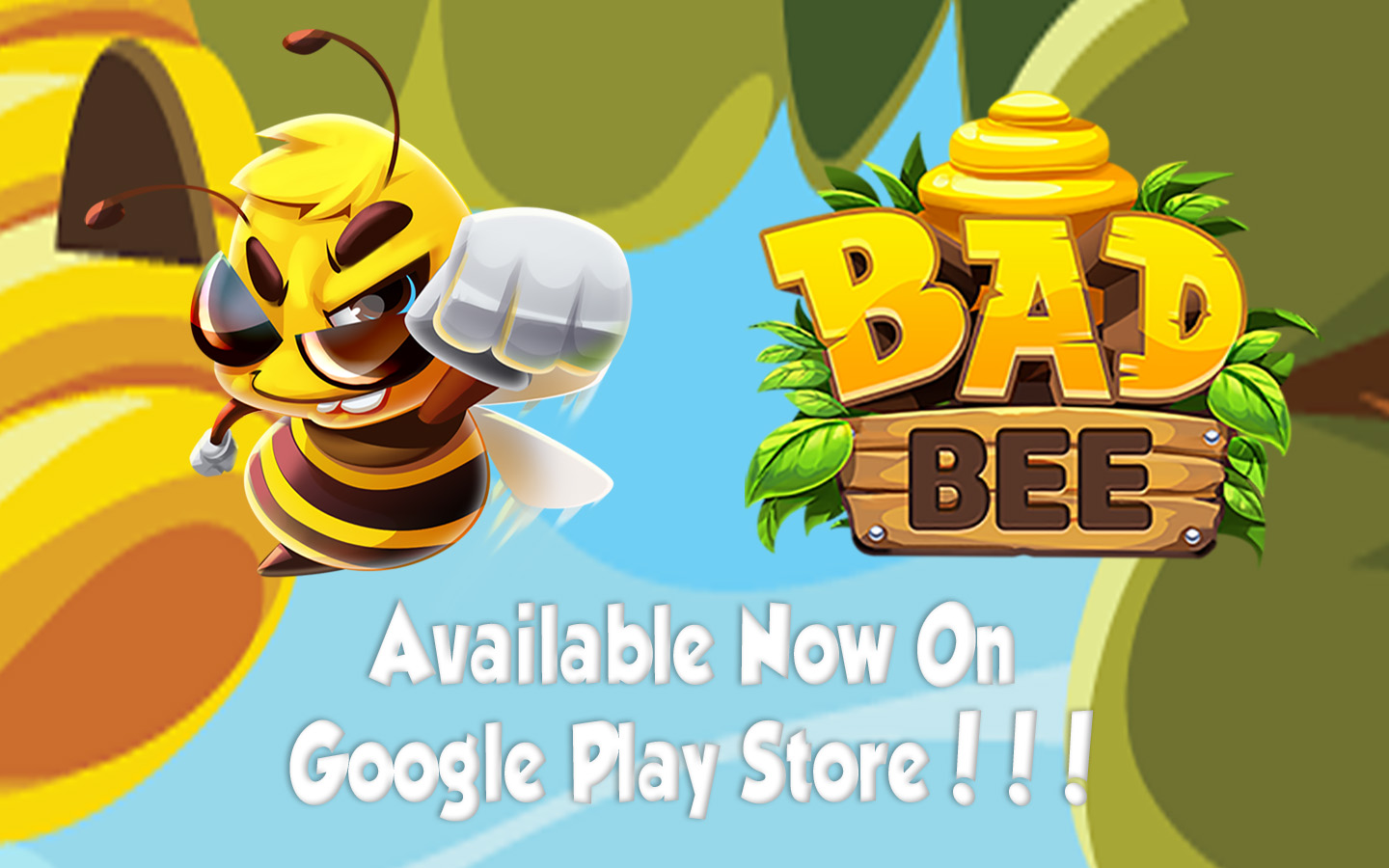 Finally, after fixing bugs & improving badbee gameplay based on opinions from Youtuber and the media during closed beta. So we decided to release it on Google Play’s Early Access or Open Beta Program for the first story with 10 levels. The reason is the right momentum to get more feedback from you so that the next levels will be released later more challenging.
Previously this game was available for iOS devices that can be downloaded on iTunes now can be enjoyed by android users who just download on the Google Play Store. It uses a different engine than in iOS, which is Unity3D and combined with gameplay enhancements and even the iOS version is not free to download, it gets US $ 5.99 while on Android it’s free to play.

Badbee is an arcade game where the bee named Sam is starving, he then finds a honeycomb and he intends to take the honey there, but apparently there is a guard in the honeycomb, then he is caught and put in prison. Then Sam tried to run away and avoid the attack of guards whose size was bigger than him.
This escape game genre that focuses on getting the exit door lock, avoiding the guards, avoiding rocks or trees, collecting coins and opening the door to complete the level like the early access trailer below:

Regarding more complete about gameplay explanation can be checked on this link. If interested to play to help Sam run away please download below:

If you interested to join our early access or open beta program for this escape game please visit this link.

Another Closed Beta Preview Before Launch

Big thanks to Bro Atkasi Ngalam already published about Badbee Gameplay Closed Beta Preview on his youtube channel yesterday and your feedback very valuable for us. Here his preview video in bahasa language below: