Thank you for giving feedback on the first Badbee gameplay teaser. We forgot to add the game’s purpose in video and too short in duration. That’s our first mistake we made for this teaser. This problem will be addressed in the next trailer.Badbee is an escape game genre and have simple gameplay, as explained below: 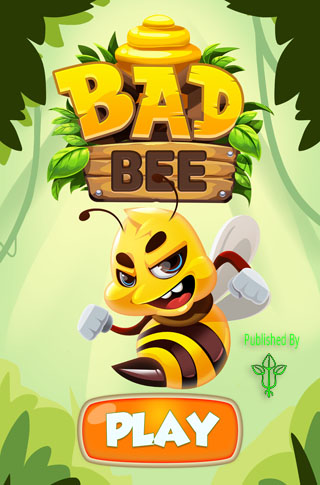 At the moment our team is focused on fixing bugs and improving badbee gameplay based on the opinions of several youtubers and gaming media that played closed beta version after got invitation such as the difficulty level of the guards will be polished again at the launch of Early Access later on the Google Play Store. So it will feel more challenging later than now.

Actually for full release there are 6 stories, each story has 10 levels that must be completed. So there are 60 levels in total. In order to maximize the expectation during the release later, we already decided to enter early access first with the first 10 levels. So, you will help our team to give feedback on every update we released. Just waiting for this month (10/2018) this game will be launched. Make sure to subscribe our newsletter at sidebar and follow our social media at footer to get launching notifications on the Google Play Store later for your android device.

sukaon.com
In their closed beta badbee review, they explained this game in bahasa so that Indonesian gamers would understand more about this game.
Arkian Widi
One of the Indonesian youtuber who has successfully finished the badbee game for the first 10 levels. So we decided to revise this gameplay difficulty.

Sri Untari
One of Indonesia’s mom is very interested to play this game even though it is not finished but really enthusiastic to enjoy avoiding deft guards. It’s mean not only man but women certainly would loved this game.

That is the badbee devlog for this week we conveyed and for people who review the closed beta badbee game, they have the right to get their name on the credit game in the next update.